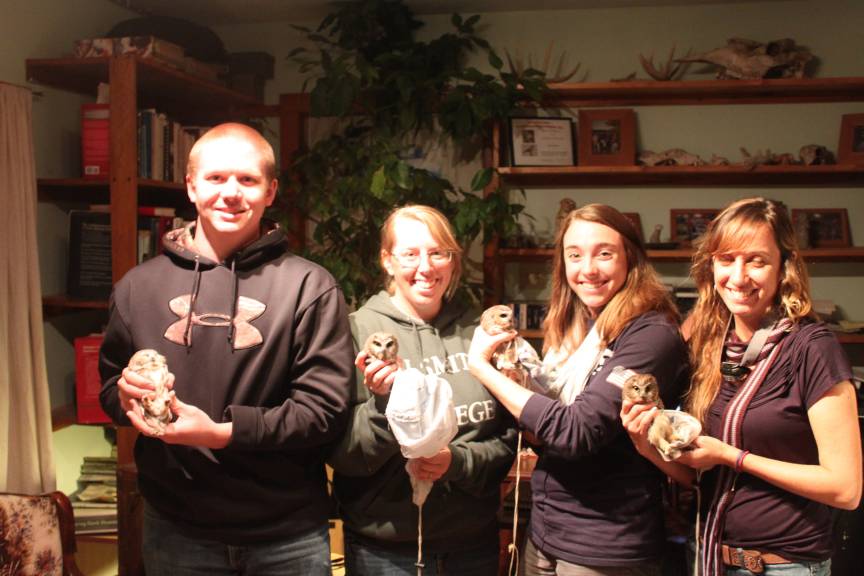 The 2015 saw whet owl season started on 20 September and we intend to close the nets on 6 November. The nets are opened 0.5 hours after sunset and run until there are no more owls or (if there is no activity) 11:00 PM.

This year we switched to red head lamps instead of the more invasive white light. We also moved across the road, approximately 1000 feet north of last year’s location to a region that is very brushy. The final change we made was to use nets made from Spidertech INC. out of Helsinki, Finland. 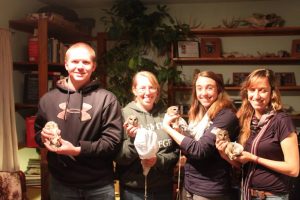 As of 5 November, we have caught and banded 76 saw whet owls. There were 4 foreign recaptures hailing from…

← The 2015 Saw Whet Owl Season is almost upon us
Banding together for raptor research: P-R writer learns from nature expert →