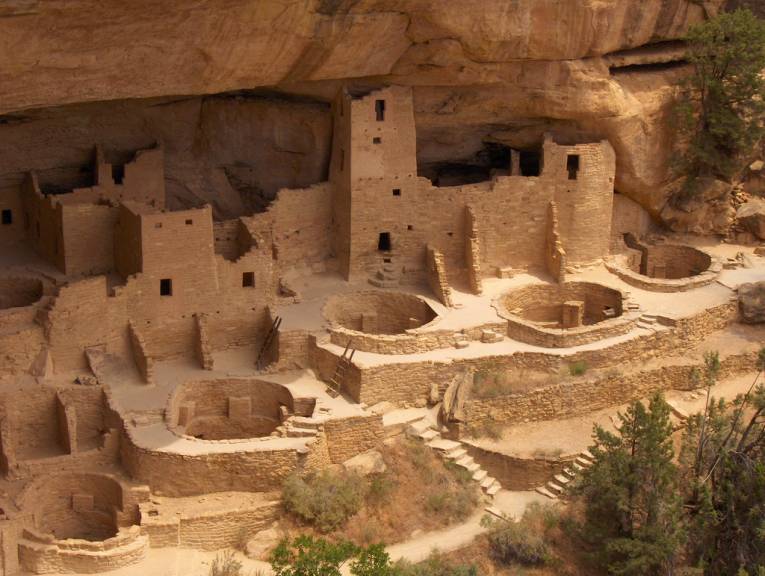 If you look at our short time on the planet, one thing is blatantly obvious.  Our days on this planet are numbered.  History is full of examples of empires that have collapsed.  From the Anasazi civilization in Chaco Canyon in now New Mexico and the Mayan Empire of Central America to the Tang and Ming Dynasties of China.  Through the millennia civilizations have grown, flourished and collapsed.  These cultures were considerably more advanced than the other populations of their times…this is why they became empires.  But all these empires had a massive flaw in them, just like our world today, those empires were controlled by humans that were intent on subduing the planet and not existing as part of a community living on the planet.  There is no question that at first these civilizations achieved greatness and initially changed and controlled the Earth for a while.  But after their allotted period of time all of these empires crumbled and finally collapsed back into the oblivion from which they came.  Not convinced?  When was the last time you spoke to a Hittite or Akkadian?  These empires were washed away by the ravages of time.  It is all because we tried to subdue the planet to our will and not exist on it peaceably.

Europe before they discovered the Americas was overpopulated and in trouble.  The natural world had been completely eradicated and the peoples of the time were in constant conflict with each other.  Wars between countries were always raging and precious limited natural resources were being squandered at an appalling rate.  Climate change impacted the populations then too, but our overall population was smaller and we could expand or change our habits to accommodate our situation.  But as our population became too big to manage, we have sadly run out of the ostrich head in the sand option.  We have no place to expand and the size of our populations magnifies the natural changes of the world exponentially.

The Europeans had been moving down the path of ruin for quite some time before the advent of the “New World”.  But with it’s discovery to the Europeans and it’s vast resources only postponed  judgement day.  Postponed…not cancelled.   Now once again humanity’s bulging population is creating massive problems for the inhabitants of the planet.   All of our cars, factories, homes, etc…are pumping in greenhouse gases into our atmosphere at an alarming rate that is unprecedented in our history on the planet.  This is probably because our population has never been so big.  We are running out of room for expansion on this planet.  Unless we move into the oceans (which we have been using as a dump for millennia or manage to leave this planet) we are doomed.  We have never developed the Land Ethic mindset that we so desperately need to survive and coexist of Earth.

Throughout history mankind has destroyed his surroundings.  All animals will.  Too many deer will destroy their food base and they soon starve.  We found out in the early 1900’s that natural checks and balances are needed to keep ecosystems healthy and populations in check.  With our ability to modify our environment our population growth accelerated but we are still subject to the laws of nature no matter how special we think we are.  Some time in the not so distant future the human race is destined to follow the woolly mammoth, saber toothed tiger, etc…they all past on into oblivion from man’s hands and soon we will follow.

Stephen Hawking announced this week that he believes that humans only have about a century left before we annihilate ourselves.  We keep talking about stepping out into space.  Well it hasn’t happened yet and we have been talking about this very thing for generations.  Even if we can reach for the stars and head out into space…NOT ALL OF US ARE GOING!  There are over 7,000,000,000 of us on this planet and we would be deluding ourselves to think that we would all be whisked off to another planet to wreak mayhem there too.  I agree with Hawking, mankind’s tenure on this planet is quickly coming to an end.