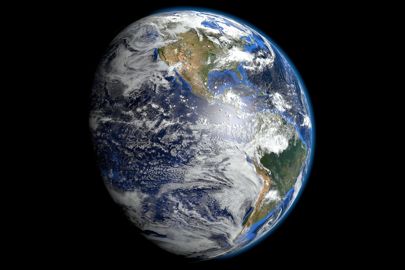 The BLM (Bureau  of Land Management) has been under fire almost since its inconception in 1946.  The Bureau manages 265,000,000 acres of land or roughly 1/9th of our nations property.  This group of people argue that each individual state would do a better job tending their own lands,.  But at the same time, the Adirondack State Park in New York has been under constant attack since its creation on 15 May 1885. It is painfully obvious that people do not like regulations of any kind.  Unfortunately, we have historically never taken care of our lands without some form of governmental arm twisting.

This is the conundrum that we have been witnessing throughout our lifetimes.  We want clean air and water, we want beautiful places to recreate on, we want wildlife to be around, but yet it seems as though we do not want to make the necessary sacrifices to acquire this goal.  We are happy if the other guy makes sacrifices to ensure that we have what we want,,,but heaven forbid that we freely sacrifice something ourselves for these precious commodities.  It is time for the American people to decide what we value and what is important to us as a nation,  not as a group of individuals.  We cannot mandate a conscience to the populous, it has to come from within each one of us.  And if we are unhappy with the federal and state government managing for a healthy environment, then it is up to us…yes us, to make a healthy environment happen.  it has always been up to us to put away a few of our basal desires for the better good.  https://www.greatlakesnow.org/2017/02/great-lakes-scientist-says-if-we-lose-the-epa-we-lose-lake-erie/

We are dismantling our environmental safeguards at an alarming rate because we do not want to be told what to do.  We claim that we can determine what is good for the world and protect on our own.  But can we?  It is like listening to people who say we need to take care of Americans first, but when you ask them what they have done for our fellow countrymen and the silence is deafening!  The same group that wants to minimize the government will use the excuse that they do not need to care for the neighbor because that is what their government should do.  It is clear that we are really not too sure what we need to do.  We have a rough enough time getting 3 of us to agree on something, but our country has over 340,000,000 people in it and we are growing.  We all tend to focus on our own selfish desires and forget about what is truly important until it is too late. How often do will neglect our family or loved ones?  We love these people in our lives but we get too zoned in on earning money and trading our time on the planet for money.

Soon the wealthy will be dictating to you what you can and cannot do…we have already moved in that direction and we buckle this idea too.  The company Nestle hopes to be able to force us to buy our own drinking water.  Money and profits drives us and protecting there is no money in protecting the Earth.  The North American crown jewels, our national parks are even under attack.  These are unique places on the globe that are precious and fragile and we are contemplating their destruction for a quick buck.  Once again our drunken sailor mentality is taking control of our better judgement.  But we can achieve global protection without forfeiting our control.

If you do not want to be dictated to about good stewardship, then step up to the plate and do it without being dictated to by some large far-reaching bureaucracy.  Each one of us can have a positive effect on our world by the choices we make.  If you value a healthy herd of deer then manage for the species.  Make decisions that will positively impact the creature of your choice.  Form loose associations with like-minded neighbors to have a greater impact…this is the whole premise of local hunting clubs.  If you do not have enough acreage for deer then manage for Monarch Butterflies…but do something.  The natural world that we are surrounded by is being greatly influenced by our presence and it is changing way too fast.

It has been said that over half of the species that exists today will be extinct within a century due to our insatiable appetite to  consume ourselves out of existence.  Pick a species that you care passionately about and create islands of habitat.  Make some of your own property a sanctuary that is so desperately needed for our fellow Earthly inhabitants.  We need to get away from the Biblical mindset of subduing the Earth and subjecting it to our desires.  Whenever that happens disaster follows closely on its heels.  Once again, we need to act like we are a part of Creation and not all of Creation.  It is time to put the Land Ethic into action!