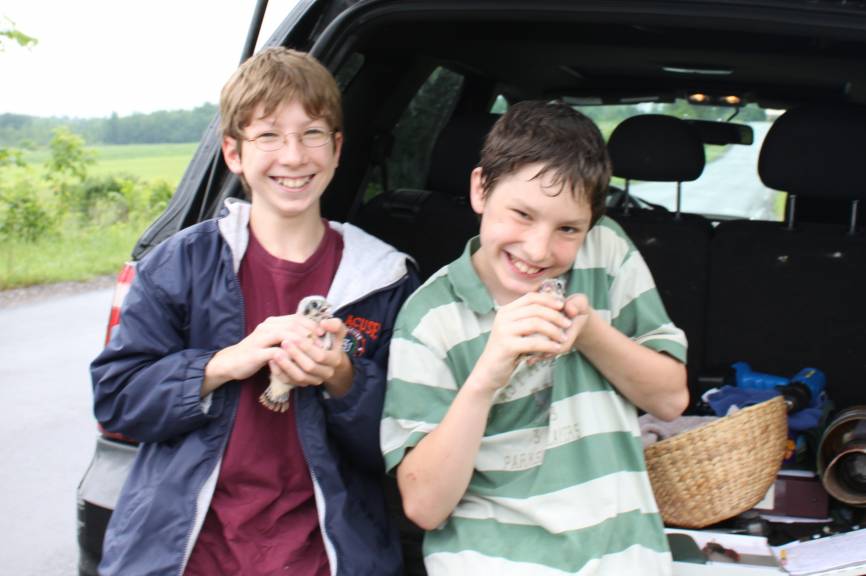 With the 15th season under our belt, it is time for a little reflection.  During the season we banded an additional 195 chicks which brings us up to 1739 chicks that reached banding age.  When we first started we had 51 kestrels on the study area and during the last 2 seasons we have been hoovering around 400.

The American kestrel is the smallest falcon in North America and since 1966 its numbers have dramatically declined throughout the continent.  They are many thoughts on what is causing this decline, but nothing definitive at this time.  The 4 factors that are thought to be negatively impacting the population is 1) loss of habitat (grasslands), 2) lack of cavities (they are secondary nesters), 3) increase in the Coopers Hawk population (they grab fledgling kestrels), and 4) a possible chemical contaminant.

I feel that our area has drastically increased in numbers because we 1) have plenty of habitat and the Amish are creating more every year, 2) 150 nest boxes eliminated the affects of the lack of natural cavities, 3) Amish do not spray as much as traditional farmers, and 4) we have a large population of nesting northern goshawks in the region and it may be keeping our Coopers Hawk numbers in check.  The gos may not focus on fledgling kestrels, but it will focus on Coops.

We are hoping to band our 2000th kestrel chick next season. 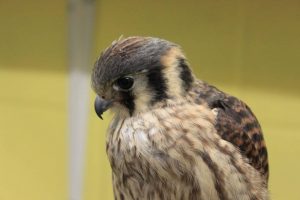 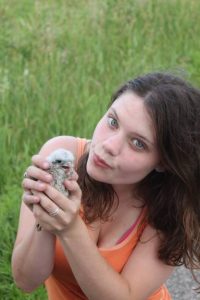 ← On the Shoulders of Giants
Riding with Morley →

2 Comments on “The 2016 American Kestrel season”